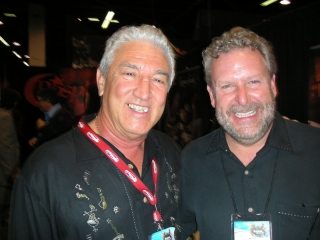 When Roy Haynes headlines the Norwalk Jazz Festival in Veterans Memorial Park today, audience members will experience a living legend with a historic link to the music that few living musicians possess.
The drummer’s career has placed him with some of the music’s greatest innovators during periods of crucial growth in jazz.

From Lester Young’s cool swing in the 1940s to Charlie Parker’s hand in inventing bebop in the 1950s to John Coltrane’s spiritual explorations in the 1960s, Haynes’ resume traces the history of modern jazz. That he remains a powerhouse drummer at 83 serves as an exclamation point to a blessed career.

After attracting just 550 people to last year’s inaugural festival, organizers have been beating the drum to draw a larger crowd today. The future of jazz in the area may not entirely be at stake, but the past is certainly hard to live up to.

Though many of the giants of jazz are gone, the music continues as a living history and tradition. Two Stamford men have placed themselves in the middle of jazz music’s ongoing evolution. Perhaps fittingly, they have been friends since childhood.

Drummer Joe Corsello has a full resume dating to the 1970s that includes stints with Peggy Lee, Benny Goodman, Gerry Mulligan and Marian McPartland. His career was balanced with 22 years as a Stamford police officer beginning in 1980.

for jazz collections, specializing in complete box sets of renowned and overlooked artists. He founded the company in 1980 and it has been operated out of the same Waterside location since 1989. He was a primary source on Ken Burns’ “Jazz” PBS series in 2001.

Corsello and Cuscuna frequented New York City clubs together as students, at a time when an 18-year-old drinking age meant 15-year-olds were allowed to enter.

“It was easy, safe and cheap to get into New York,” Cuscuna said. “I used to see Coltrane 10, 11, 12 times a year. With Coltrane, Elvin Jones, McCoy Tyner and Jimmy Garrison, the whole is far greater than the sum of its parts. It was as great as any experience in life has been.”

Cuscuna’s first exposure to the music came as a young drummer. He bought Buddy Rich and Gene Krupa records for the drum solos but began to appreciate the rest of the music. Corsello’s father, Tony, a guitarist in the Sammy Kaye Orchestra, took him to Rich’s Three Gables (now Seaside Tavern) to see Dizzy Gillespie and Kenny Burrell. Corsello took jazz courses at Rippowam High School and went on to attend the Berklee College of Music.

Cuscuna fondly remembers hanging out at Economy Music at the end of Summer Street. “They had sheet music, records,” he said. “We’d spend hours there talking about records. There was that kind of scene.”

Southwestern Fairfield County has never been a jazz hotbed – its proximity to New York, the jazz capital of the world, won’t allow it.

“The problem with Stamford as a city – and some of this has been overcome – is that everyone hops in a car or hops on a train to see the real thing,” Cuscuna said. “The availability of so much in New York means nothing will ever really get going.”

However, the Stamford-Norwalk area plays into jazz history more than one might expect. Benny Goodman lived in Stamford and is buried at Long Ridge Union Cemetery. Hard-bop pianist Horace Silver was born in Norwalk. Cool pianist Dave Brubeck has long called Wilton home. Guitarist John Scofield was born in Wilton. Saxophonist Gerry Mulligan died at his Rowayton home in 1996.

Baseball legend Jackie Robinson and his family hosted benefit jazz concerts in Stamford and Norwalk for almost 40 years beginning in 1963.

At those concerts, starting as a teenager, Corsello provided the beat for Gillespie, Bill Evans, Ella Fitzgerald and Silver.

“I don’t know if something like that will happen again,” said Corsello, who will perform today in Norwalk as part of the Ralph Lalama Quartet with Nicole Pasternak. “It’s so tough today. They can have a high school band, and the kids and their parents don’t even support it.”

Along with Haynes, Sonny Rollins is another of the music’s living legends. Referred to as “The Titan of Tenor” and “Saxophone Colossus,” Rollins solidified his status by the end of the 1950s and hasn’t been too hampered by age.

In 2006, Corsello was attending a jazz conference in New York where Rollins was a keynote speaker. Corsello’s brother, Richard, has been Rollins’ recording engineer for 30 years.

Richard told Joe to say hello to Rollins and let his brother know they were recording a new CD in midtown Manhattan.

The conversation led to Corsello auditioning for Rollins’ band. Three days of rehearsal were held at the Carriage House recording studio in Stamford, and Corsello and Rollins bonded while the latter was staying at a Greenwich hotel.

Corsello wound up playing on “Serenade,” a tune Rollins wanted to dedicate to the late drummer Elvin Jones, on Rollins’ most recent disc “Sonny, Please.”

“He is just an amazing individual,” Corsello said. “When we’re getting driven to a gig, he’s snapping his fingers, writing a tune in his head. He never repeats himself. When the public goes to see him, it’s like going to see Brubeck. They want to experience the person.”

Corsello was playing with Lee’s 40-piece orchestra at a New York hotel in the early 1970s when Goodman was in the audience.

A few days later, Corsello received a call from Goodman’s secretary. His first gig was in Rochester, N.Y., and Corsello remembers wondering if “The King of Swing” could still draw an audience.

Not only was the show sold out, 500 chairs were added to accommodate the overflow crowd. Corsello also recalls the intimidation of joining a band that included saxophonist Zoot Simms, bassist Slam Stewart and guitarist Bucky Pizarrelli.

Having backed some of the music’s immortals since his teenage years, Corsello has 40 professional years of perspective. He wonders about the future of jazz.

“As a musician, you talk to the real masters about what the music was like then and the opportunities to play. They aren’t there anymore,” he said. “We would go to Birdland as little kids. There’s nobody coming up right now. There’s not another or a new Bill Evans or John Coltrane or Sonny Rollins, someone who can draw 10,000 to a concert. I don’t know who is going to replace them.”

Cuscuna said he isn’t as concerned. As a record man who weathered one storm only to see the compact disc reinvent the industry in ways no one expected (many people bought everything they owned on LP or cassette in CD form), he believes the music will always rebound.

“There’s a lot of great musicians and live music is healthy,” Cuscuna said. “If your willing to travel, there’s enough work around the globe. I’m not worried about recorded music, either. It will be replaced. Some of this will be better. The musicians will control their own destiny. You can sell 1,000 records off the bandstand and make more than selling 12,000 through a retail outlet.”

Mosaic Records was created after an attempt by Cuscuna and his late partner, Charlie Lourie, to buy Blue Note Records in the early 1980s. “One small part I wanted to do of the catalog exploitation was box sets,” Cuscuna said. “I realized this could happen on its own. The whole idea was to make a limited edition, so for some people it would have an urgency and collector’s value.”

The idea was for the box sets to present previously unissued material to paint as complete a recorded picture of an artist during a particular time period as possible. The first release was “The Complete Blue Note Recordings of Thelonious Monk” in the summer of 1982.

Though Cuscuna said he and Lourie lived off their savings and credit cards during the first few years, Mosaic grew to be regarded as the premier boutique reissue label for jazz. Artists such as Lester Young, Sarah Vaughan, Django Reinhardt, Charlie Parker and Hank Mobley (among many others, including lesser-known artists) would subsequently get the Mosaic treatment in collections ranging from four to nine CDs.

In time, Mosaic added its “Select” series, which would pare down the box sets to three CDs and individual CDs. “We have two types of customer: the hardcore collector and the person just getting into jazz who trusts our editorial selection,” Cuscuna said. “They are probably the best demographics to have. . . . We’ll always make a gourmet meal of the of the scraps of the major labels.”

Cuscuna said he believes musicianship among the current generation is strong, but what the music lacks is the outsized personas he encountered in the 1960s and 1970s, musicians such as Dexter Gordon with whom he became good friends.

“There’s a definite lack of personality,” he said. “You go to a festival and none of the young musicians are at the hotel bar.”